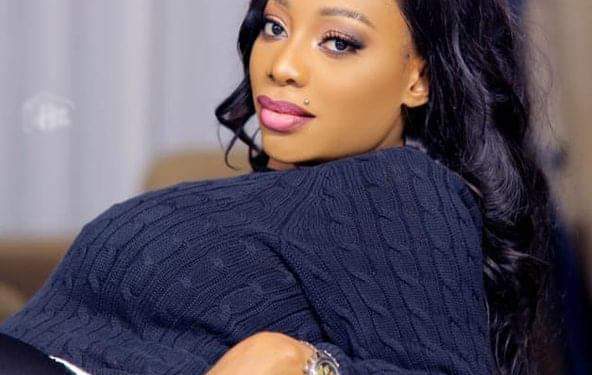 Socialite Shanita Namuyindwa, popularly known as Bad Black is over the moon claiming she has been fully paid for her COVID-19 advert.

In a video she has shared on her various known social media platforms, Bad Black was all smiles with events promoter Balaam Barugahare as they signed documents to confirm the payment.

“I’m done with the struggle thanks to those who supported me bambi,” Bad Black captioned the video. We are yet to establish exactly how much she has been paid.

In the other news after receiving the payment, Bad Black announced a U-turn to National Resistance Movement, a party she had denounced earlier this week when she was demanding for her payment. She ‘declared a fresh war’ against People Power, a political movement led by Kyadondo East MP Robert Kyagulanyi alias Bobi Wine.

Bad Black had earlier this week switched to People Power as she labelled government officials ‘thieves.’

“You NRM people, who told you that they use me like a condom that you will use and throw away?

“You people in government are day thieves and not night thieves. You are greedy!” she said.