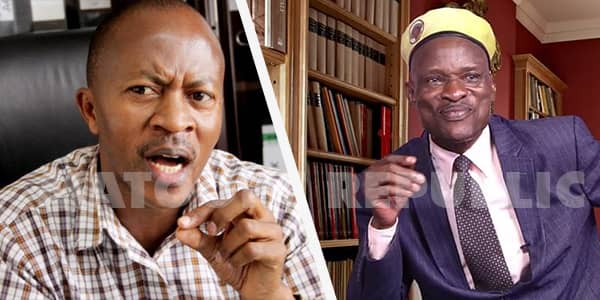 Motor-mouthed commentators Frank Gashumba of Sisimuka Uganda and political analyst Tamale Mirundi have decided to team up with an intention of exposing the ‘mafias’ in the National Resistance Movement (NRM) government.

The decision to join forces comes almost a week after Tamale was forced to quit one of his popular shows dubbed ‘One on One with Tamale Mirundi’ that was airing on NBS TV every Tuesday. Similarly, Gashumba was also forced to quit NBS TV’s The Eagle show a year ago under unknown circumstances.

Gashumba and Tamale will be streaming live on Gashumba’s official Facebook page tomorrow on Monday at 3 pm. The duo has threatened to expose every dirt being engineered by the big officials in Museveni’s government.

The two controversial figures have also been recently engaged in a war of words with Buganda Kingdom Prime Minister (Katikkiro) Charles Peter Mayiga. However, the cause of their ‘war’ is not yet certain.