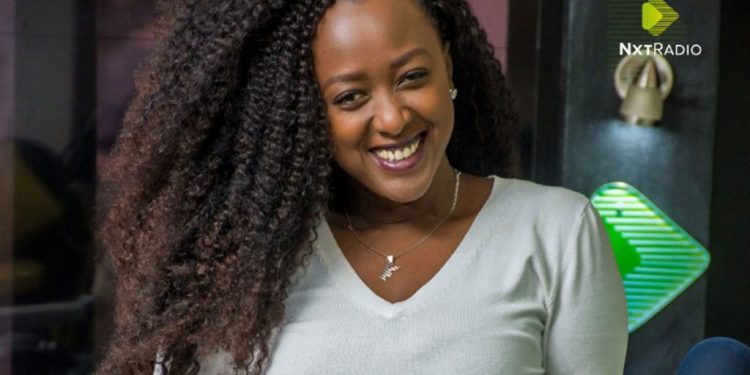 Nearly two weeks ago, the beautiful and immensely experienced Karitas Karisimbi got into a heated verbal exchange with his co-hosts live on air during their Nxt Transit show on Nxt Radio after which she stormed out of the studios.

Karitas said she was disrespected and offended by her co-host MC Ronnie Vex for saying her hair looked like that of ‘mizigo’ women, and demanded an apology.

The good news is that management at the Next Media Services-owned radio station decided to move Karitas to a different show, and it is the breakfast show dubbed ‘Morning Zoo’.

Karitas will have station manager Marcus Kwikiriza as her co-host and the duo has today morning had their first show together.

Briefly talking to Matooke Republic this afternoon Marcus told us that, “Karitas has joined the morning show because the listeners loved how we sounded together. We are Both experienced personnel so gelling becomes easier.”

Anne-Marie Wandera, who has been sitting in for Qitui Florence will remain on the show until she (Qitui) is back for maternity leave. The news of this change has been received well by fans of the show.