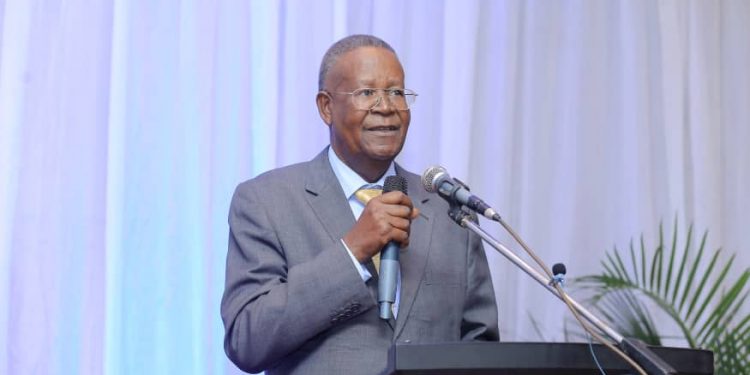 During yesterday’s plenary seating, Members of Parliament expressed their concern over the announced scientific elections by the Electoral Commission (EC). MPs pointed out various illegalities in the announced process arguing that it will not be able to pull off a free and fair election.

The Minister for Justice and Constitutional Affairs Ephraim Kamuntu was then tasked to give an update of the said election. Kamuntu told Parliament that the government is powerless to stop the decision of the EC in regard to ‘scientific elections’.

He said that elections will go on as announced by the EC though the institution is willing to engage with various stakeholders.

“The Commission will issue specific guidelines for each electoral activity under this revised roadmap in due course and is engaging with various stakeholders on the same,” Kamuntu told Parliament

Kamuntu said that the measures put in place by EC for the forthcoming elections are not only for safety reasons but they are also cost-effective and enhance election security especially regarding the implementation of the laws on political gatherings and assemblies.

“Government advises political parties and aspiring independent candidates to ensure safe practices during primaries and other preparatory activities. Candidates, their agents and supporters are urged to strictly follow guidelines issued by the Ministry of Health,” he said.

Speaker Rebecca Kadaga said that the revised roadmap is still unclear but Parliament’s Legal and Parliamentary Affairs Committee will study guidelines and provide feedback to government.