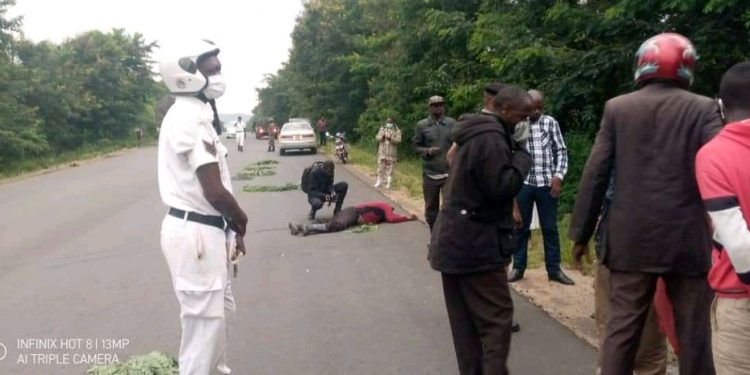 Benon Musimenta, a lay reader at Kogore Church of Uganda, was riding with his wife Allen when the met Uganda People’s Defence Forces (UPDF) soldiers at Karungibati on Hima-Kasese road yesterday. That ride was to be their last as her husband was shot moments later.

“They stopped us and when my husband stopped, I saw one of the soldiers from the other side of the road cross and shot him in the neck without asking any question,” Allen recounted the horrifying ordeal.

UPDF spokesperson Brig Richard Karemiire the two soldiers have since been arrested and they will appear in the military court as soon as investigations are complete.

“The UPDF highly regrets the incident and extends its deepest sympathy and condolences to the bereaved family,” Brig. Karemiire tweeted today.

Security forces especially the Local Defence Units (LDUs) have come under public criticism for their excessive use of force in trying to enforce presidential directives during the lockdown. Several people have lost their lives and others have been injured.