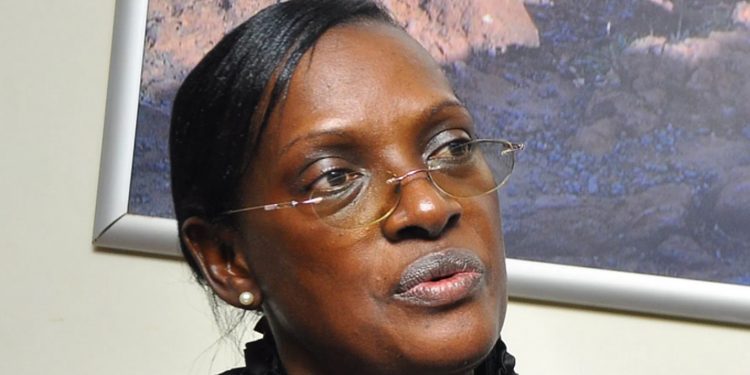 With the election fever heating up ahead of the 2021 general elections, reports coming in suggest that former Bank of Uganda (BoU) Executive Director Commercial Banking, Justine Bagyenda is joining politics.

Going by the circulating poster, Bagyenda will be contesting for Member of Parliament for Ntungamo Municipality, a position which is currently occupied by Hon. Gerald Karuhanga.

According to the poster details, Bagyenda is set to contest on the ruling party ticket of the National Resistance Movement (NRM).

The former employee of Bank of Uganda made countless headlines in 2018 when the Parliamentary Committee on Commissions, Statutory Authorities and State Enterprises (COSASE) was probing the criteria used by Bank of Uganda to close seven defunct banks.

Bagyenda was accused of involving herself in a series of irregularities during the sale of the seven banks where billions of money is said to have been stolen.

EC Spokesperson Jotham Taremwa on Joseph Kabuleta’s intention to sue EC, “Because churches are closed, Kabuleta has ventured into politics”