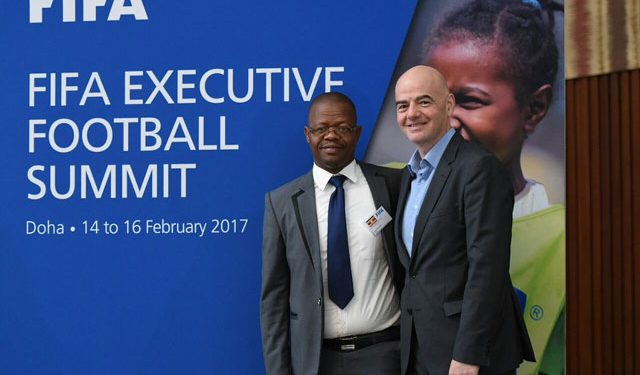 Yesterday on Thursday, FIFA announced that it will make available $1.5 billion in grants and loans as a relief fund to help associations impacted by the coronavirus.

Gianni Infantino, the FIFA president, said the relief fund had been “unanimously approved” by the members of its council and insisted there would be “strict controls” on how the money is spent.

According to FIFA, all 211 member associations that including Federation of Uganda Football Association (FUFA) will be entitled to a “basic solidarity grant” of $1 million (Shs3.7 billion) each as well as $500,000 (about Shs1.8 billion) which must be invested in women’s football.

Recently, FUFA and some Uganda Premier League (UPL) clubs have been on a standoff with clubs accusing the local governing body of neglecting them financially in these COVID-19 times. However, FUFA came out to reveal that the Shs1.9 billion FIFA announced for each member association was only to address their (FUFA) operational costs.

Nevertheless, the new funds announced by FIFA will also have to go down to clubs as Infantino said, “Clubs and federations are in real danger. In some parts of the world, football has not restarted. We need to help them.”

When Matooke Republic contacted FUFA Head of Communication Ahmed Hussein, he said that approved funds by FIFA target supporting football to manage the current and post COVID-19 effects to the game so that football can return and get better.

Ahmed said that FUFA Executive Committee is going to convene an online Extra-Ordinary General Assembly for discussion of these matters so that the funds are available and allocated to beneficiaries.

“Just like the FUFA President mentioned on various media platforms and while meeting various stakeholders, FIFA was preparing an intervention. We are glad it was approved and also been vindicated.

On behalf of the Uganda football community, we wish to thank FIFA for supporting World Football and we will ensure that these funds are utilised in accordance with the rules and the objectives for which they are sent,” said Ahmed.