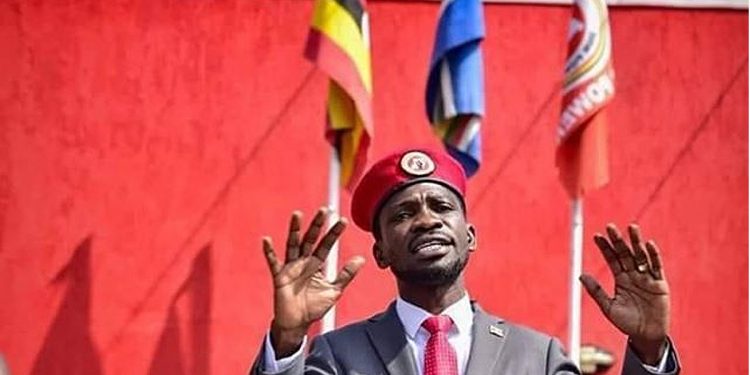 People Power movement leader and Kyaddondo East MP Robert Kyagulanyi alias Bobi Wine says the pressure group will field only one candidate per elective post in the forthcoming elections and he has asked interested people to fill expression of interest forms within the next two weeks.

“All aspiring candidates will be required to submit their forms in the coming two weeks for them to be screened, vetted and confirmed under the movement’s badge,” Bobi wine said at the People Power Headquarters in Kamwokya on Tuesday.

At the moment, several people have publicly claimed they will be contesting for various positions on the People Power ticket but the pressure group is yet to name its official candidates.

Kyagulanyi who will be vying for the Presidency against incumbent Yoweri Kaguta Museveni spoke against the Electoral Commission’s move to have “scientific” elections owing to the Covid-19 pandemic saying President Museveni is using the EC to manipulate the election to his advantage adding that he is worried about the crowds their campaigns will attract compared to his.

Bobi Wine said EC should reverse its directive to have campaigns only via mass media.“Other countries have had normal electoral processes during the #Covid-19 period, we hope that we shall have the same here,” he said.

Previously a political outsider, Bobi Wine had a meteoric rise to kingmaker after sweeping the 2016 Kyadondo East Parliament election and he has gone ahead lend his public appeal to other politicians who won by-elections in different parts of the country.

Bobi Wine hinted on the opposition fielding one candidate against President Museveni come 2021. Different political groupings recently came under the umbrella “United Forces of Change” though they said at the time it was to rally the country together for political change and not fielding a single candidate for the 2021 presidential elections. Bobi Wine has a song by titled “United Forces of Change” that was released in March.

The EC says over 40 candidates have expressed interest in ruling Uganda and we are yet to see if the opposition will field one candidate.

According to the EC roadmap, political parties will have to elect their flag bearers between June 22 and July 21, 2020. The nomination of those who want to stand for parliament will take place from 12th to 13th of October.