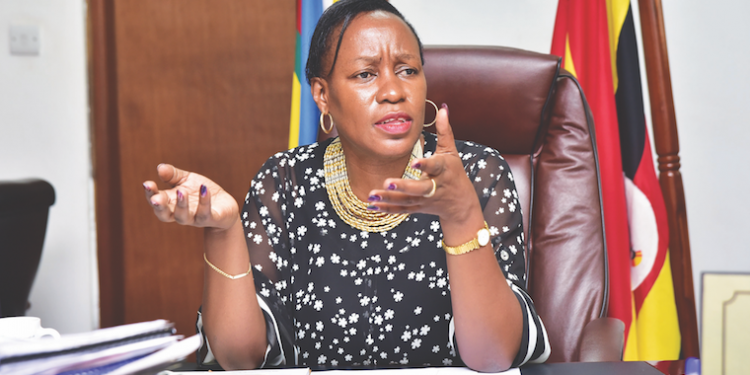 Minister of State for Youth and Children Affairs Florence Nakiwala Kiyingi has hit at Members of Parliament for neglecting their duties and focusing on pushing personal agendas.

Nakiwala said several MPs do not know the exact reason why they’re in Parliament and worse still, they’re not willing to learn. She revealed that many attend Parliament sessions just because they have to.

“Most MPs spend more time in bars and pork joints than in parliament,” Nakiwala said while appearing on live TV show.

Nakiwala who contested for Kampala Woman Representative seat in the 2016 national elections, urged voters to keenly choose their leaders in the forthcoming election.

“Some leaders are good at politicking everything because that’s where they earn a living. We need leaders that are after the development of their communities,” Nakiwala said.

“We might disagree politically but when it comes to development, we should all cooperate,” she added.

Zaake sues “rogues in Police uniform” for torturing him