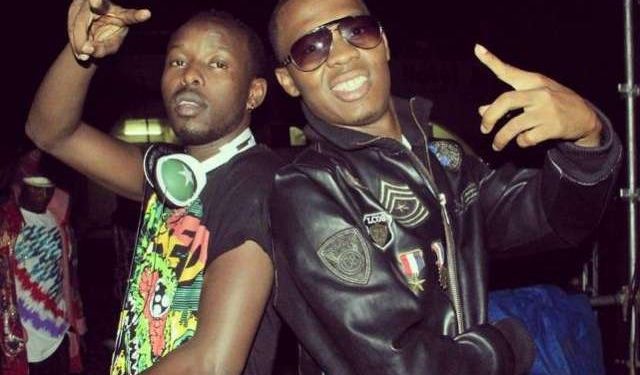 Kampala’s Cry-baby singer Ibrahim Mayanja alias Big Eye has commended the old times he shared with fellow artist Eddy Kenzo. Big Eye and Kenzo in the early days of their music career worked together under Big Talent however, after a year Big Eye formed his own group Big Music Entertainment.

While appearing on Mwasuze Mutya this morning, Big Eye claimed that they separated with Kenzo without any bad blood between them.

“While starting Big Talent, we agreed that once we breakthrough in the industry, each of us starts his own group,” Big Eye said.

Nevertheless, Big Eye said with the many good memories he has enjoyed in the entertainment industry, his time with Kenzo is unforgettable.

“To be true to myself, my best memories in life are those when I was with Eddy Kenzo. We were like brothers. We were so tight that we moved together everywhere and in the same car,” Big Eye said.

On being referred as an upcoming artiste despite the so many years he has been in the industry, Big Eye said he loves being referred that way because it implies his music has remained ‘fresh’ in the ears of the fans.