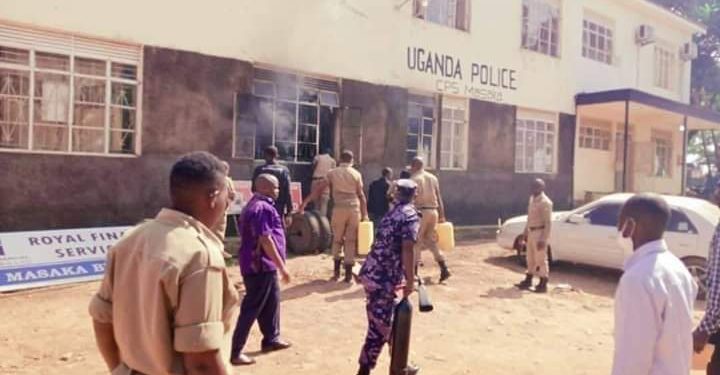 Police spokesperson Fred Enanga has confirmed the arrest of two police officers for trying to solicit bribe from Hussein Walugembe, a boda boda rider who set himself on fire. The arrested officers are Ssesanga Ibrahim, acting traffic officer and Sgt Oware Julius.

Enanga says Walugembe has been known in the circles of police officers at Masaka Police Station as he acted as their ‘delivery contact’ at the station. But on Tuesday, Ssesanga impounded his motorcycle without any official reason.

Walugembe kept coming at the station demanding for his motorcycle until yesterday when he threatened to do something horrible if he does not get it back.

Enanga reveals that Ssesanga and Oware asked the deceased to pay a bribe ofShs40000 to take his ride, a condition that frustrated Walugembe and decided to set a blaze on himself.

Enanga says that the two officers overlooked the situation even when the victim set ablaze. He says the duo will be charged for misconduct and neglect of duty.