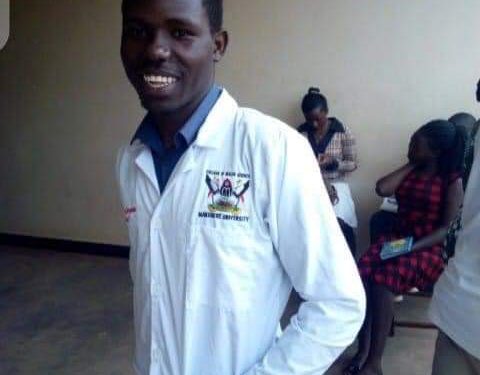 As Ugandans continue to demand for justice following the death of Makerere University student Emmanuel Tegu who they claim was killed by Local Defence Unit officers (LDU), police has given an update on his death.

Speaking to the media this morning, police spokesperson Fred Enanga has given details of their preliminary findings. Enanga said Tegu is a son to a police officer Sgt. Okwalinga who has informed police that his son had Bipolar, a mental illness.

Enanga disclosed that Tegu was found half-naked in Makerere University by patrol teams. They tried to pursue him but he became more aggressive and started pelting them with stones.

After escaping from the patrol team, Enanga said the victim proceeded to Centenary Bank which is inside the university where he tried to attack the guards.

“One of the guards raised an alarm which brought residents from Lumumba Hall who immediately descended on him,” he said.

Enanga said Police are still on ground carrying out more investigations, but  so far, seven suspects have been arrested in connection to the crime.