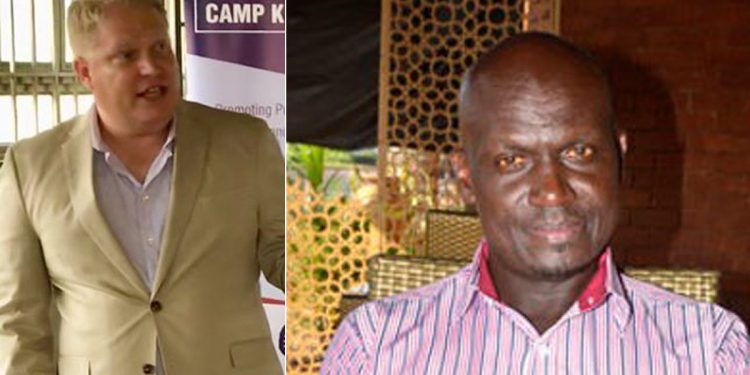 A one Robert Ssemwanga has dragged Ronald Hawkins, a US Embassy public affairs officer to the Labour Ministry over unfair termination of his contract as a shambaboy and he wants Shs18.2m in compensation and damages.

Through his lawyer, Ssemwanga also wrote to his former employer, indicating his demands and an intention to sue if the demands are not met.

“Our instruction is to institute proceedings against you for unfair termination and defamation. However, if you wish to settle this matter out of court, you should pay the money to our client within seven days,” Ssemwanga’s lawyer Caroline Namara wrote to Hawkins.

Ssemwanga was fired on April 1 and he was replaced by his boss’ former driver on grounds of misconduct.

“It came to my attention that during some of my travels, you would fail to report for work. As you did not refute the accusations, I notify you of your termination,” Hawkins wrote in the termination letter.

Ssemwanga’s lawyer Namara said has never absconded from duty as alleged and directed Hawkins to cross-check with the security officer’s daily attendance book when he normally checked in and out.

She adds that Ssemwanga’s contract was terminated without notice, which is tantamount a breach and he is thus seeking Shs18.2m compensation and damages plus Shs500,000 as his lawyer’s fees.