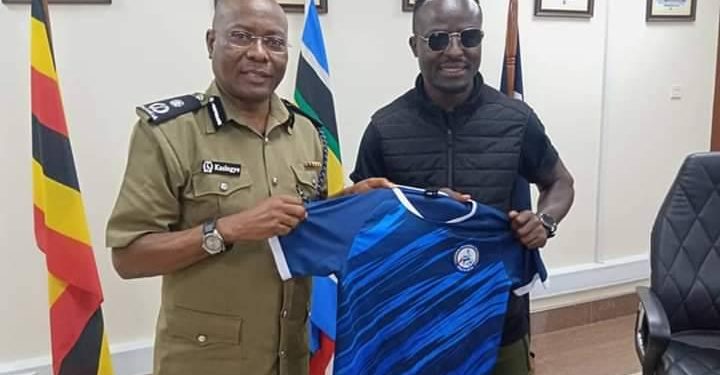 Uganda Cranes midfield maestro, Tonny Mawejje has returned the Uganda Premier League after completing a move to Police Football Club. Mawejje who has been a free agent following expiration of his contract at Albanian side Tirana FC, has penned down a two year contract with the cops.

Professionally, Mawejje started playing football in 2004 at Kampala City Council FC, now KCCA FC, until 2005 before he joined Police where he had a two year spell.

In 2008, Mawejje joined Uganda Revenue Authority (URA FC) and left in 2009 for greener pastures in Iceland where he signed for  IBV Vestmannaeyjar. He spent a long time with the Icelandic club compared to the rest of the other clubs he has featured for. He made 106 appearances and scored 10 goals.

The midfielder joined Golden Arrows of South Africa in 2012 on loan, before making a permanent move to Norwegian club Haugesund in2014.

He then joined Valur of Iceland on loan again in the same year, where he played for 11 games and scored a goal. Mawejje joined Protur, his third Icelandic club, from 2015 to 2017, and played in 16 games. After two years at Throttur, he was on the move again this time joining Tirana FC in Albania until 2019.

On the national team, Mawejje made his debut in 2003 against Mauritius. He became a none droppable force on team and was one of the strong pillars when Uganda return to AFCON finals after 39 years. Before being dropped after featuring at the prestigious 2017 Africa Cup of Nations finals Gabon, Mawejje had played 83 games and scoring eight goals.