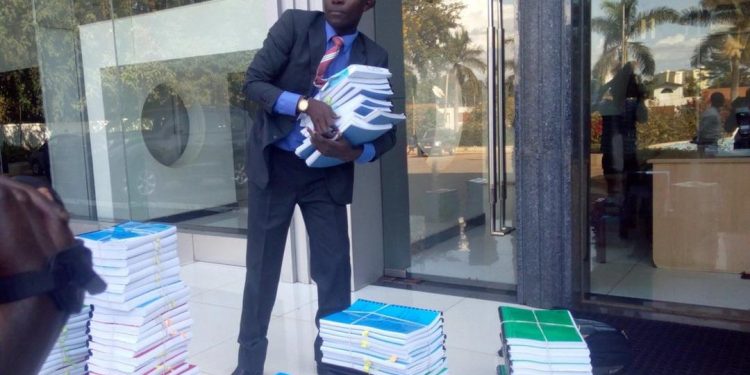 Mabirizi resorted to the EACJ after he failed to convince the Supreme Court upheld the judgment of the Constitutional Court, saying the law was validly passed.The EACJ based in Tanzanian, yesterday  announced that hearing of the matter will take place next Tuesday July 14th. The hearing had earlier been slated for Monday July 13th.According to a hearing notice issued by the EACJ yesterday, Mabirizi will not be appearing physically in court, but will rather appear via video call.

“You are hereby required to appear in this court via video conference and abide by the guidelines for video conference proceedings. Please note that if there is no appearance on your part, the court will proceed to hear the case and make necessary orders your absence notwithstanding,” part of the notice reads.

In January, Mabirizi submitted a bunch of voluminous submissions to the EACJ sub-registry in Kololo to support his case.The submission contained 490 books of written submissions as well as authorities containing over 18,810 pages in total.He also launched a fundraising drive where he asked well wishers to send support through his mobile money lines, to help facilitate his travel to Tanzania and also cater for his other bills.But due to COVID19 pandemic, the EACJ issued stringent guidelines to be followed by advocates and participants.

Inside Mabirizi’s petition
In his petition, Mabirizi faults Parliament for scrapping the age limit law without consulting Ugandans as provided for by the constitution.
He also argues that MPs were bribed with Shs 29m each to pass the bill.
Mabirizi also says that Speaker of Parliament, Rebecca Kadaga targeted and suspended some members that were opposed to the bill, therefore denying them a chance to participate in the discussions about the bill.

He further faults the speaker for sending the Bill to the Executive well knowing that it had errors such as an invalid certificate of compliance. Mabirizi also faults President Museveni for accepting a Bill that was passed under a great deal of violence, without doing any due diligence to verify its conceptualization . 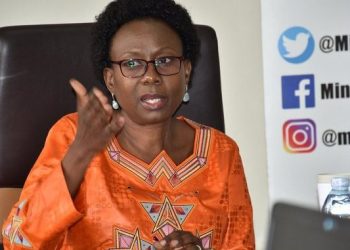 Health Minister Aceng says Kampala has become a high risk area for COVID-19, “Unless Ugandans adhere to the SOPs, it could get worse”