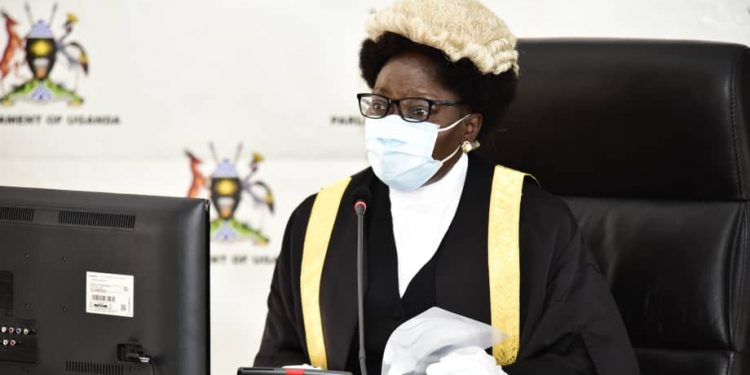 Following a directive from the Kenyan Cabinet Secretary for Agriculture that has halted business at the border and left Ugandan farmers stuck with their sugarcane at the Busia Border.

The Busia Municipality Mp. Hon. Geoffrey Macho has asked government during a plenary seating to engage its Kenyan counterparts to open the border.

“Why haven’t we used the principal of reciprocity? They started with milk, sugar, eggs and now sugarcane. Stop their trucks from coming that is when they will understand that we are serious,” said Kadaga

However   Hon Kyambadde said she is aware of the trucks at the border and plans to engage the Trade counterparts are in the pipeline.

She added that they haven’t had a solution to the problem but the President is yet to engage his Kenyan counterpart.