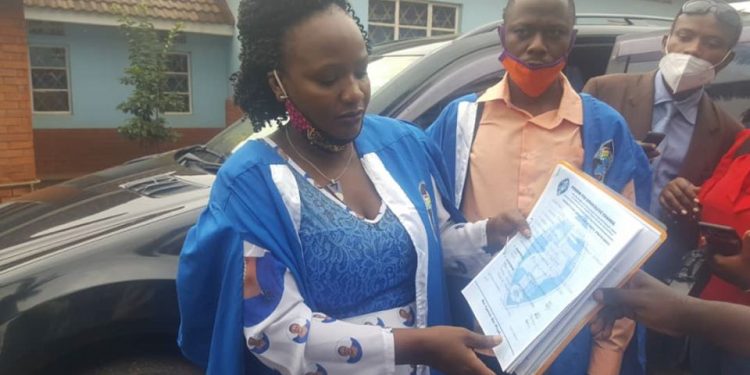 According to Toterebuka, he has refused to accept Nabilah’s forms because the deadline for returning the forms was yesterday.

Nabilah is the incumbent Woman Representative for Kampala. She began her political career as a Councilor in Wakiso District Local Government in 2001, serving in that capacity until 2005. She, with others, including Muhammad Nsereko, the incumbent Member of Parliament for Kampala Central Division, established the Social Democratic Party (SDP).

She actively campaigned for the re-opening of the political space to multi-party democracy during the 2005 referendum. It was not until the run-up to the 2006 general elections, that she formally joined FDC.

In 2006, she unseated Margaret Nantongo Zziwa of the National Resistance Movement (NRM) party, to capture the Women Representative’s seat for Kampala in the 8th parliament (2006 to 2011).

In 2016 Naggayi faced off with five other contestants, including the incumbent Minister of State for Youth and Children’s Affairs, Florence Nakiwala Kiyingi. However Naggayi won handily.