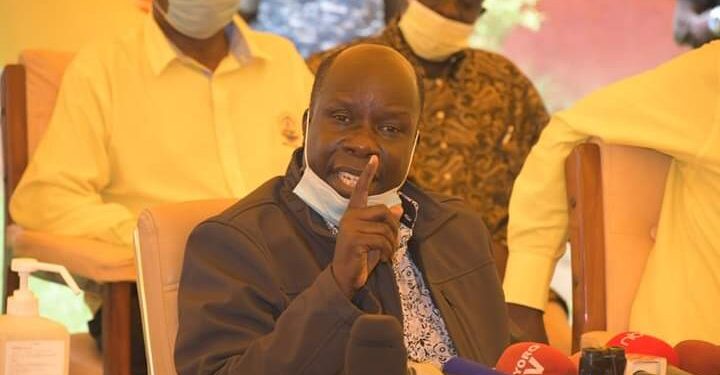 The ruling party National Resistance Movement (NRM) has unveiled its voters’ register ahead of their primaries that kick off this Thursday. The party will start with conducting election for the village party flag bearers.

According to the party Deputy Secretary General, Richard Todwong, NRM has 11, 933,793 registered voters that are expected to take part in the primaries. At the village level, NRM is going to elect and get 1,300,006 leaders as Flag bearers.

“I want to state we have now reviewed and appointed NRM registrars also known as District Election officers like Sub-county registrars, village registrars, and parish registrars. We are very ready for the task,” he said.

Tanga Odoi, the NRM Electoral Commission Chief said while most parties in the country start with zero in elections, NRM’s number of village leaders (1,300,006) is enough to kick start them in an election. The national Electoral Commission registered 17,782,594 voters to participate in the 2021 General Election.