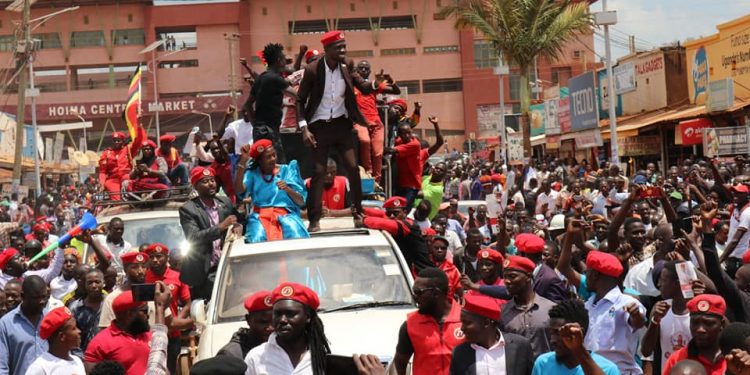 Aceng defended herself saying people got excited to see her because of the role she has played in the fight against the spread of coronavirus hence fueling the ‘Maama corona’ chants.

Similarly Bobi Wine has been attracting crowds while attending different media talk shows. Speaking during an interview on a local TV, the People Power leader also claimed that supporters gather around him for his good ‘corona alert’ sensitization song.

“I am also ‘Taata corona’ because I composed a good sensitization song and that’s why people gather whenever they see me,” Bobi Wine said.

Bobi Wine faulted security forces for their discriminative actions while enforcing the laws.

“We must all be equal under the law but our brothers and sisters in security apply it discriminatively,” he said.

This week Police revealed that it had sent summons to Aceng and Bobi Wine on allegations of holding illegal rallies.