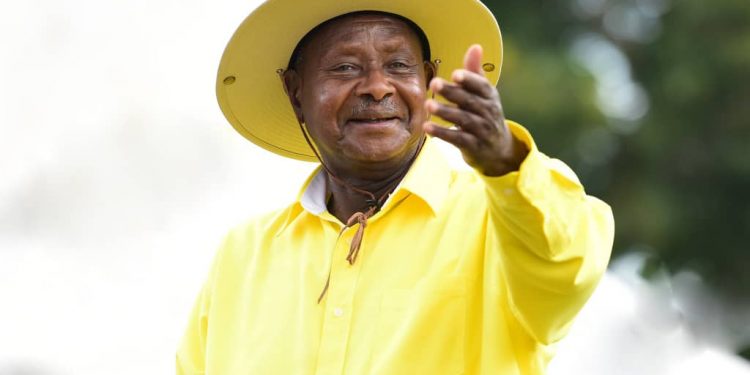 President Yoweri Museveni has been declared sole presidential candidate and chairman of the ruling NRM party by the party Electoral Commission boss Dr Tanga Odoi. Odoi said no other candidate has expressed interest to challenge Museveni.

“As of yesterday, we have not extended the deadline and accordingly, no one else has expressed interest in becoming party chairperson for NRM,” Odoi said.

He therefore declared Museveni saying; “I can declare to you and to Ugandans that NRM has one contender for national chairman and that is Yoweri Kaguta Museveni.”

On Monday this week, former Makindye East Member of Parliament John Ssimbwa expressed interest in challenging the incumbent but according to Tanga, the former legislator never showed seriousness in what he was doing.

“He didn’t commit himself even by paying expression of interest fees. We don’t deal with political realities like that. You can’t come to politics when you are not ready,” Odoi said.