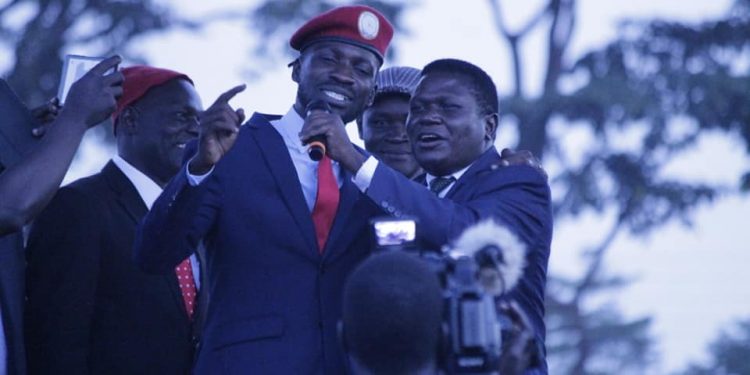 Earlier this month, Mao declared his intentions to run for the country’s top office before he downplayed the possibility his party going into an opposition coalition.

Mao said Bobi Wine’s People Power might be trending but the fact remains that it’s not a political party hence it should not spearhead the coalition talks.

However, People Power yesterday answered Mao’s question of them getting a ‘UNEB center number’ as the unveiled NUP and announced Bobi Wine as the President head of the forthcoming elections.

“Yesterday, on behalf of Democratic Party I called Bobi Wine to congratulate him and the reloaded National Unity Platform. Now we can engage as institutions putting country before self. Good luck. The difference between amateurs and professionals is that professionals have coaches,” Mao said in a tweet.

Now we hope the possibility of an opposition coalition is back on the agenda.