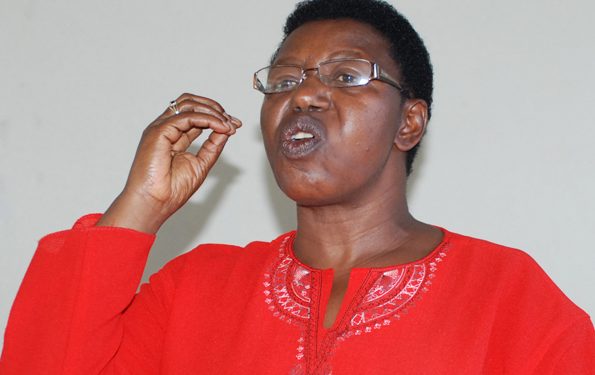 Activist Miria Matembe claims Uganda is going astray because even the opposition that’s supposed to challenge the regime on how the country should be run has been eaten up.

Matembe says the biggest opposition party Forum for Democratic Change has no internal democracy and it’s the main reason for the mass exodus of its members ahead of the forthcoming elections.

She asserts that just like how NRM matters rotate around only President Museveni, FDC has also been centred on Dr Kizza Besigye.

“What happened to NRM, happened to FDC, It will also happen to all these other parties. The whole issue of self-centredness is making people leave FDC,” says Matembe.

She adds, “We are even asking who their presidential candidate is?
When young people came up, everybody became enthusiastic. We are hoping and watching where it ends.”

Matembe says the opposition has to get together and form one formidable opposition.

“I’m not ashamed to say I love Muntu’s way, he says they should build a strong party from grassroots. And that’s what all opposition parties should do,” she says.