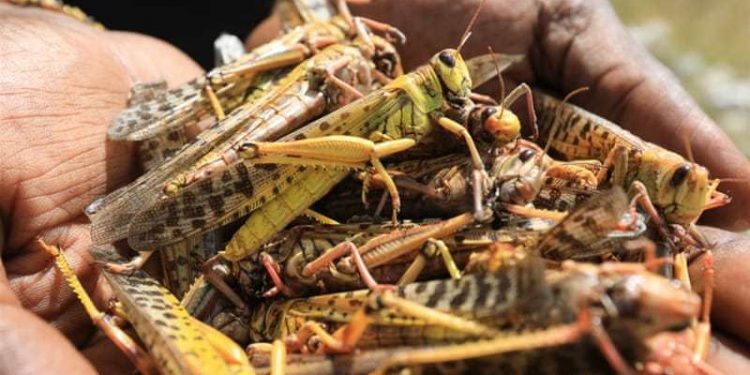 Uganda has received another wave of locusts. The swarm entered Uganda through Amudat and has now spread to Moroto district.

According to the authorities in Amudat district, the locusts entered through Karita border area and spread throughout Karita sub-county in the areas of Akou lee, Nacemato, and around the mountains.

Only this year, Uganda has fought three waves of the desert locusts with the first wave having entered on January 19 again through Amudat district. They spread to other regions but the UPDF managed to kill the insects through hand spraying with assistance from the Desert Locust Control Organization of East Africa.

In June, the Minister of Agriculture Vincent Ssempijja warned that the country would be invaded by billions of the migratory inserts that are hatching in Kenya.