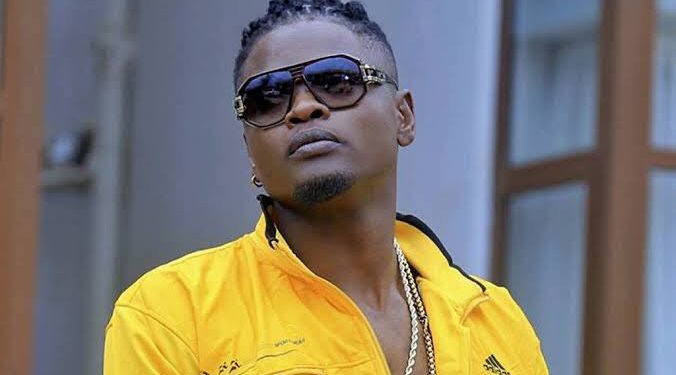 Pius Mayanja popularly known as Pallaso is currently nursing wounds at unknown health facility. Following a scuffle he had with the police as they tried to arrest him from his house in Makindye.

According to police, one of Pallaso’s neighbours informed them that the noisy situation at the singer’s crib was about to give them a sleepless night. Police then immediately moved to the reported scene only to find over 20 people drinking and dancing to very loud music.

The officers decided to take action by arresting the singer however his colleagues blocked police from doing its ‘job’ hence causing a scuffle that saw Pallaso escape with wounds and police handcaps.

Speaking from his hospital bed, Pallaso accused the officers of using excessive force on unarmed civilians. He said the officers acted ruthlessly and in the process they even dug deep into his pockets and stole his ‘dollars’.

“I was chilling with my manager and a few friends then we heard people knocking at the gate. Shortly after, they forcefully entered, pointed guns at us,”said Pallaso.

He further explained that Police handcuffed him before dragging him out of his gate.

“My friends tried to block them because they had started beating me up. And in the process they even stole my $4000 (about Shs14 million) from my pocket,” said Pallaso.

The ‘Akomererwe’ singer said he’s ready to report himself to police if they summon him.