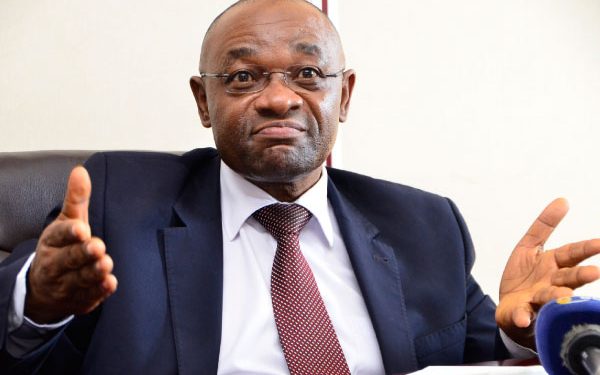 Hon. Raphael Magyezi, the Igara West Member of Parliament and the man who fronted the controversial Age Limit Bill on the floor of the August House in 2017, has announced that he will not be seeking re-election in the 2021 polls.

Speaking during an interview on one of the radio stations in Bushenyi district yesterday on Saturday, Magyezi claimed how he had fulfilled all the promises he made for his constituents.

“Let me now make it clear. I will not stand in the incoming general elections for Igara East Member of Parliament. I have served well my people.

Mayezi who is also a Minister for local government denied the rumor that he is creating another constituency which he is expected to contest. He said government has no money t create more constituencies.

He urged Igara West voters not to be compromised while voting as they deserve a competent leader who will promote unity amongst them which he also promoted.

“We don’t want enmity in our constituency. If you find someone that segregates in religion, kindly do not vote for him. I am a catholic but I built churches and mosques,” he said.

Last year in April, Magyezi revealed how he was finding hard to move around his constituency as people were ‘throwing’ questions at him saying; “Are you still strong like the other time when you moved the motion.”

“It’s been quite challenging, some people are really angry at me,” Magyezi said.

Could this be the real reason why he has quit the race? That will be a discussion for another day.