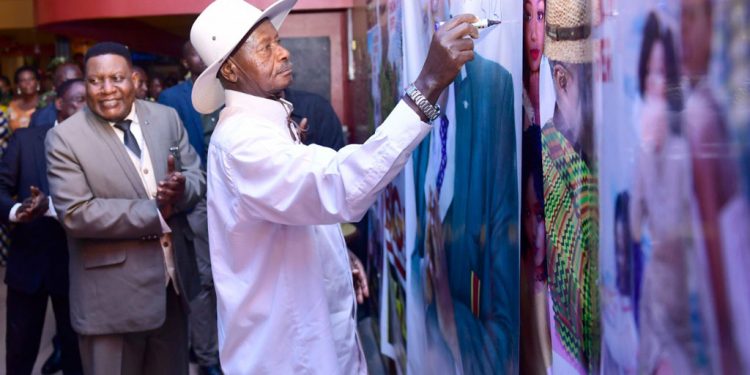 The Ebonies actor Sam Bagenda commonly known as Dr Bbosa has disclosed that he has never received his Ushs100m which the president promised him last year.

It should be remembered that, last year in December the actor celebrated 33years in the acting industry and the guest of honour was Museveni who promised to support him with Ugsh100m

In an interview last night while he was launching the online streaming platform for their drama group (The Ebonies) the actor was questioned on whether he received the Shs100m as promised by the president.

According to the actor, the pandemic covid19 changed everything and he believes it is the reason why he has not received his pledge from the president though he still has hope.

“I have never received the Ushs100m because Covid19 changed everything and I think God will help and the promise will be fulfilled. I can’t ask him now because he is concentrated in fighting covid19,” Bbosa stated

The actor also went ahead and said that it will look bad if he goes to president in this situation demanding money.