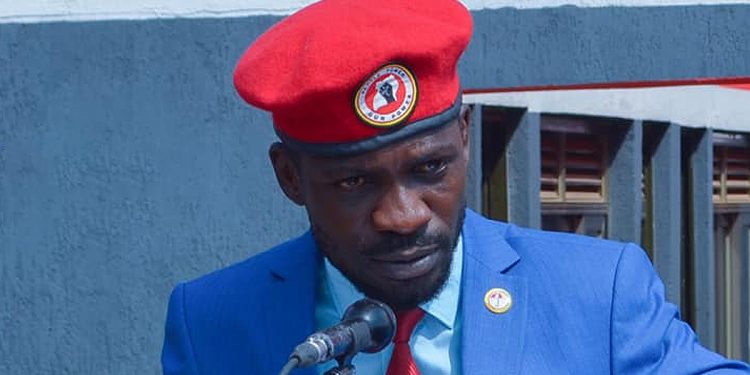 Presidential hopeful and National Unity Platform party President Robert Kyagulanyi Sentamu alias Bobi Wine has scoffed at an opinion poll that put him behind President Yoweri Museveni as Uganda heads to the 2021 elections.

Bobi says the aim of the poll is to condition Ugandans to a Museveni “win” and pave way for him to rig the elections.

In the poll released yesterday by Research World International, Museveni leads at 47 per cent with Kyagulanyi coming second at 22 per cent and FDC strongman Dr Kiiza Besigye coming third at 17 per cent.

“Museveni reading from the Dictators’ Playbook yet again! Whenever we approach elections, he sponsors fake organisations to release fake opinion polls giving him an upper hand so as to pave way for his rigging machine. We must remain ALERT. The signs are all over that the man is on the way out,” Bobi took to his Facebook page after the poll was released.

Research World International is headed by Dr. Patrick Wakida. He says over 2000 respondents were sampled in the poll.

“We didn’t list the candidates, we wanted people to give us names as they are and you have Museveni at 47%, Kyagulanyi at 22%, Dr Kizza Besigye at 17.”

However, in 2015, the same Reaserch World International put former Prime Minister Amama Mbabazi at 12 per cent and he only managed 1.3 per cent of the vote.