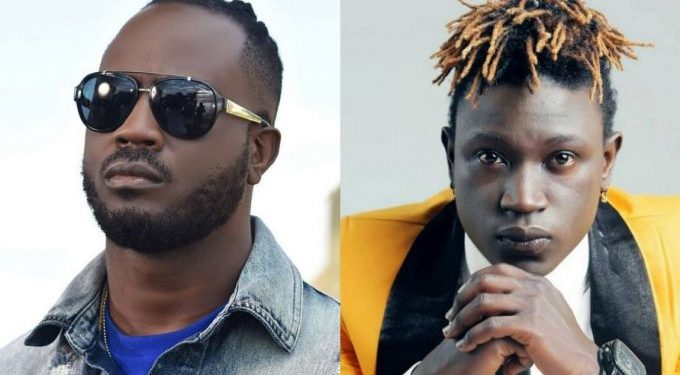 Early this week the Trouble Entertainment Boss Gravity Omutujju took to his social media and shared the good news of how he bought a brand new Toyota Land Cruiser V8.

Not long after showing off his brand new vehicle the ‘Money’ singer emphasized how his rival Bebe Cool acquired a similar vehicle as a gift and rather not from his own hard work.

When questioned why he opted to buy an expensive car in this Covid 19 period when the entertainment industry is  crippled, Gravity revealed that he needed change because the Prado he has been driving has lasted for long  yet his job requires too much movement hence the need for a good car.

“I needed a new car because the Prado I have been driving has lasted six to seven years yet my job requires too much movement so I had to buy a strong car,” Gravity said

He also went ahead and revealed that his not in the same league with Eddy Kenzo, Bebe Cool and other musicians because he got his car through his own hard work and sweat.

“I am not in that league. My car wasn’t gifted to me like Bebe’s. I’m above them all. I bought this with my own money’” he added