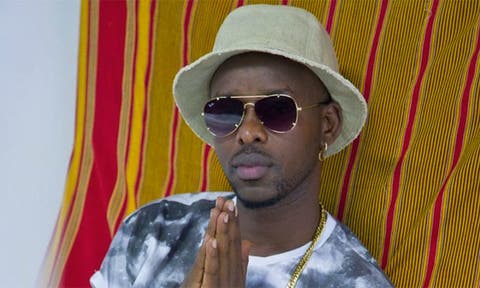 Eddy Kenzo has expressed displeasure in the manner in which people who fly the Ugandan Flag are not appreciated and accorded the treatment they deserve.

A disappointed Kenzo lashed out at the Ugandans people for neglecting a good number of heroes who fought hard to ensure Uganda achieved great results in different fields, but they ended up in abject poverty.

According to his statement, the singer feels like this country doesn’t deserve his talent.

Kenzo is one of the few artistes in Uganda who have made a name on the international scene especially due to his huge following on his various social media platforms. This year in April, he became the first Ugandan to hit one million subscribers on YouTube; an American online video-sharing platform including winning international awards.

The multi-award winner through his social media platforms has advised Ugandans to start respecting the people who have done good things for them before they stop breathing.

“Sometimes people don’t notice the things we do for them until we stop doing them,” Kenzo posted

Recently the singer was presented with the award which of course made him the first Ugandan to receive the gold-plated play button that was compared with the Hollywood Walk of Fame, signaling its importance.

Many times Kenzo has been complaining about Ugandans who don’t respect him yet he should be one of the most respected Ugandans because he has sold Uganda everywhere.

It should be remembered that the singer was locked outside the country during the covid19 season and when he asked government to get him a privet jet they didn’t mind about him.