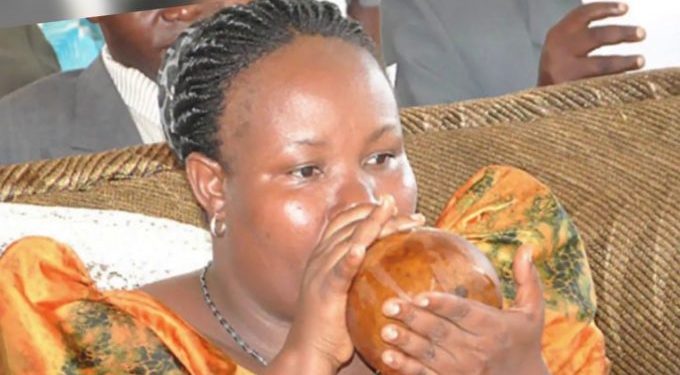 Following thearchbishop of the church of Uganda, Dr Stephen Kazimba Mugalu’s call for the reconstruction of the Ndeeba demolished church, Christians have embarked on a fundraiser campaign to redeem the church.

The leader of traditional healers Sophia Namutebi popularly known as Mama Fiina answered to archbishop’s call and paid Shs4million to the cause after paying respect a visit to the Church ground in Ndeeba.

The renowned herbalist who gave her contribution to Salongo Wakooli one of the church leaders also expressed her displeasure in the irreligious Christians who destroyed a house of God.

“Those who destroyed the house of God should be pagans,” She said.

Mama Fiina also called upon other people to contribute in the reconstruction of the church. The 40 year old St Peter’s Church in Ndeeba was demolished on Sunday night causing a social media uproar.

The President also intervened in the matter and asked for the arrest of the people behind the demolition of the church.