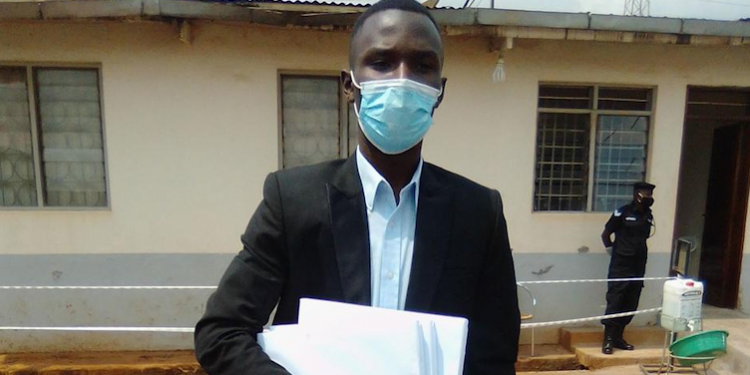 In 2017, parliament successfully scrapped off the presidential age-limit of 75 years and also lowered the age eligibility for President from 35 to 18 years.

It should not be that very surprising that today a 19-year-old former student of Mengo Senior secondary school Hillary Humphrey Kaweesa has picked nomination forms from the Electoral Commission to contest for the country’s top office.

Kaweesa said he’s leadership has been tried and tested while at Mengo SS. He claimed how he’s fit to contest in the forthcoming presidential elections.

“I have all the qualifications, am a good leader of course and a Ugandan citizen. I have always been a counsellor and I have always aspired for big positions. I have been a big dreamer and an achiever. At Mengo generally, I was a class counsellor,” Kaweesa said.

Kaweesa said that he attained three principal passes in the 2019 Uganda Advanced Certificate of Education (UACE) examinations which make him legible to contest for the presidency.

He revealed that though he’s yet to raise the Shs20 million nomination fees, he’s hopeful that well-wishers will help him cover the fees.