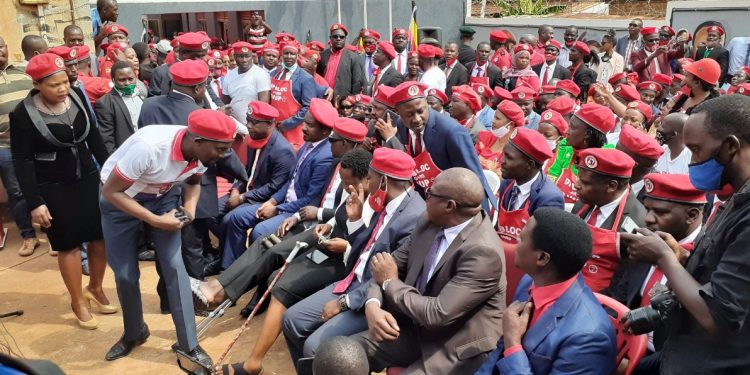 National Unity Platform (NUP) has today held a function at their Party offices in Kamwokya with a view of paying tribute to their fallen colleagues who passed on in the group ‘s political struggle.

NUP President Hon Robert Kyagulanyi alias Bobi Wine used the function to also announce several new members of the party. Many of the new entrants are Members of Parliament who were subscribing to Democratic Party.

Other members that have been unveiled include; Wakiso District chairman Mathias Lwanga Bwanika, Michael Mabikke and DP spokesperson Kenneth Kakande.