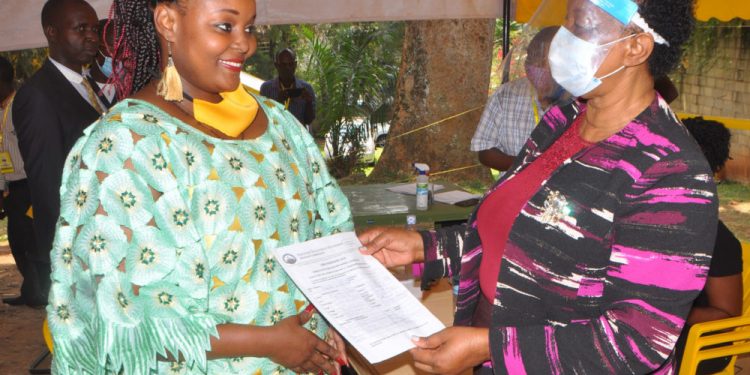 As the country prepares for the 2021 elections, many people in the entertainment industry are set to run for political offices. These include Comedians, musicians and others. Stakeholders in the art industry have joined the wave of musicians and comedians aspiring to join Parliament.

The proprietor of the controversial Miss curvy pageant Annie Mungoma is among the many people set to run for a parliamentary seat on NRM ticket. The Former contestants have vowed to support her to the fullest.

Mungoma was on Wednesday nominated at the NRM secretariat to contest for the Manafwa Woman MP seat. She is taking on Ms Mary Goretti Kitutu, known as ‘mama match boxes’ the energy minister who is also the incumbent.

It should be remembered that Annie Mungoma was the CEO of the of the inaugural Miss Curvy Uganda pageant which took place in April 2019 at Imperial Royale Hotel Despite the pageant receiving a lot of criticism Miss Belinda Nansaasi won the crown and walked away with a Jeep Cherokee.