Zahara Toto ends rumors of being fired at Next Media, returns to work 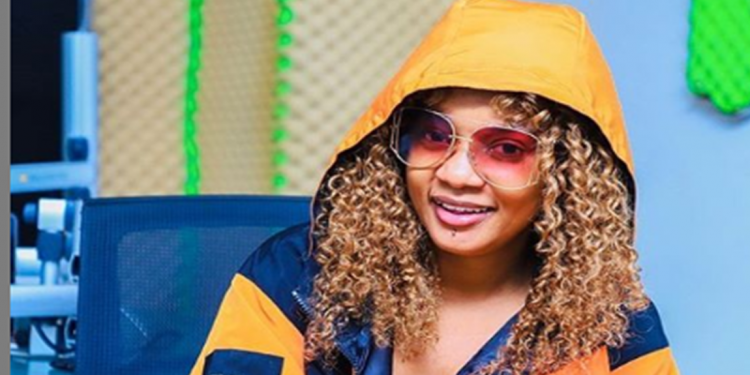 Over the past few days, there have been rumors moving around that Next Media employee, Zahara Toto Nalumansi was fired after her bitter split with ex-boyfriend Don Solomon a few weeks ago, social media was littered with insults from both parties as each accused the other of infidelity, disrespect and other problems.

Recently, the self-proclaimed ‘FieldMarshal Entertainer’ ran to her snapchat and alerted her followers that she was going to be off NEXT Radio and NBS TV through the weekend and some of the local news outlets, informed the public that, Zahara was temporarily suspended from her job after a disciplinary committee sitting.

“I am only going to be working on Mtn Momo Nyabo promotion for the rest of the week as I have a lot of work on my hands for my company,” Zahara’s post which made Ugandans think she was suspended from Next Media.

However, today Zahara who had a getaway weekend trip to Western Uganda with her close friends and new boyfriend Reuben Robert, returned to her post at Next Media to continue with work at the Kamwokya-based station.

The TV host who was noticeably having a great time touring sites including Lake Bunyonyi took to her social media pages to inform fans of her return, “Back on my daily hustle #Monday on 106.1 fm NEXT Radioug,” a happy Zahara posted this morning.