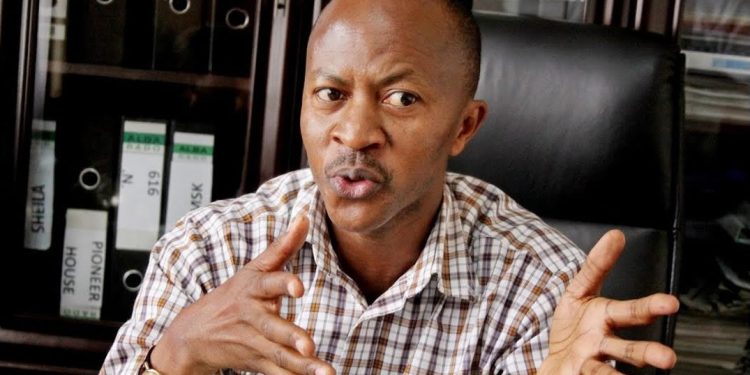 As aspirants vie for different political posts in the forthcoming elections, Hon. Rebecca Kadaga on Monday while appearing on a talk show on STV was quoted saying that if she wasn’t the speaker of Parliament, Museveni’s rule would be over by now.

Known for commenting on different issues motor mouth Frank Gashumba has responded to the August house leader and namedher an awful fortune hunter more dangerous than her boss (Museveni).

“On many occasions, the old woman who has presided over parliament for the last 20 years has come out to pretend before the public that she is on the side of the oppressed,” said Gashumba.

The furious Gashumba went on to claim that Kadaga plays the holy card while serving the devil yet people know very well that while counting sinners, you cannot count satan.

“The NRM party campaigns have undressed the devil and now it can wear it’s true face,” Gashumba added on.

Gashumba  also reminded people about the September 27, 2017 incident when the army attacked parliament to evict opposition members who had resisted the amendment of article 102 (B) to remove the presidential age limit?

“It was such an ugly scene as security operatives attacked MPs and bundle them up onto police pickups in a brutal manner. When this happened, Kadaga wrote to Museveni asking him to clarify on who attacked parliament but up-to-date his response has never been brought to the public,” said Gashumba.

He also pointed out on how Kadaga recently praised herself on the pivotal role she played to abrogate the constitution.

“For heaven’s sake this woman doesn’t qualify to be awarded any leadership position not even a woman representative on LCI. When you look into her political record, it confirms an unpleasant leader of this generation,” said Gashumba

Kadaga is the incumbent Kamuli Woman Member of Parliament, a seat she has held for the last 30 years.

She previously served ten years as state minister –Regional Affairs, Transport, Parliamentary affairs and ten years as deputy Speaker and has been the Speaker of Parliament  for the last ten years.