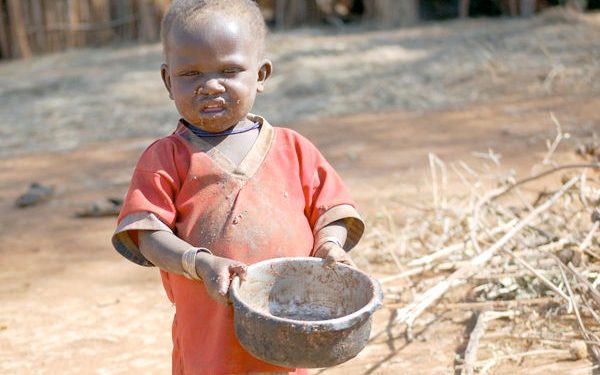 These findings were released by the Food Rights Alliance and Twaweza in a factsheet entitled Livelihoods under COVID-19.

Food The factsheet is the third in a three part series of impact assessments based on data from Sauti za Wananchi, Africa’s first nationally representative high frequency mobile phone survey.

The findings are based on data collected from 1,600 respondents across Uganda in May and June 2020. On a number of measures, Ugandans express concerns about and indicate they are short of food.

In the previous month, due to a lack of money or other resources seven out of ten citizens (70%) report having worried about running out of food and a majority of citizens (58%) report they have eaten less than they thought they should.

4 out of 10 citizens (41%) report that their households ran out of food once or more and a similar number (41%) report having been hungry but not eating while 1 out of  4 (25%) report going for a whole day without food.

A majority of citizens (57%) report having been forced to consume only one type of food at least once  while a similar number (55%) report having reduced the size of adult household members’ meals and 4 out of 10 (39%) report doing this with children’s meals.

3 out of 10 households (27%) report that their children have gone hungry, 1 out of six (16%) report that a child / children went for a whole day without eating at least once Perhaps unsurprisingly, half of households (48%) report that the stocks of food that they currently have available at their home would last no more than a week, including two out of ten households (21%) that have no food stored at home.

Urban households (51%), poorer households (52-55%) and less-well educated households (49%) are more likely to have a week or less of food stored at home. Nonetheless 1 out of 3 Ugandans (35%) have food stored that can last them for a month or more.

Food shortages for citizens are accompanied by high prices and unavailability of goods. 3 out of 4 Ugandans (77%) report that the price of one or more food products rose in the last seven days: 4 out of 10 (40%) see increases in the price of grains and cereals; 3 out of 10 in pulses and other seeds (28%); 2 out of 10 in condiments, spies and baked goods (16%).

3 out of 10 Ugandans say one or more food products were unavailable in the same period. These food challenges are more concerning given that in 6 out of 10 households, child(ren) between 6 and 12 months old eat the same food as adults in the households.

“Again these data are bringing us timely and powerful insight on how Covid-19 is playing out across our country. The clear message here is that citizens are hungry. Across a range of measures of experiences and perceptions of food security: large numbers of Ugandans say they are struggling. Even more worryingly, high proportions of children are missing meals or eating less which can have long term consequences. It is clear that intervention is needed to support the people of Uganda to claim their right to food.”  Said Marie Nanyanzi of Sauti za Wananchi at Twaweza:

Besigye confirms he will not be on the 2021 presidential ballot, tells fellow leaders to never stay in one position for a long time