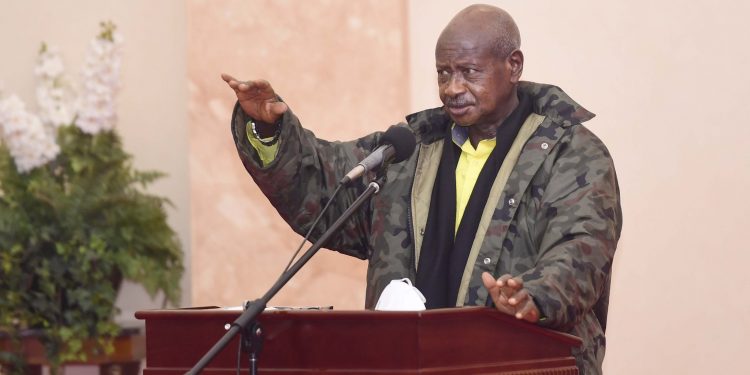 President Yoweri Museveni has warned Ugandans against the ruling NRM party programmes to stop it because as leaders who have been around for a longer time they know what they’re doing. Museveni said all NRM programmes are built for the good of Uganda.

While addressing the NRM National Executive Council, Museveni said that the former Ugandan President late Idi Amin was not ousted because of killing people like most people say, he was removed because he was interfering with NRM programme of building democracy.

“Even if he (Amin) hadn’t killed people, we would remove him because he didn’t understand our mission,” Museveni said.

Museveni thanked the NRM people for participating in the elections before advising them never to fight each other for selfish reasons.

“Stop being enemies of yourselves. Our only enemy is the one who tries to block our forward movement,” Museveni said.