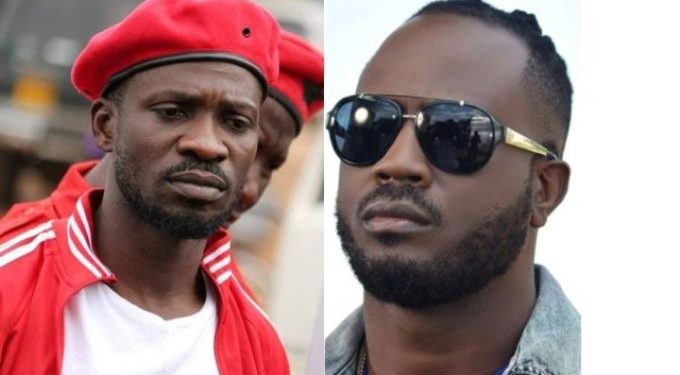 Last week the internet was flooded with Bobi Wine’s transcripts that revealed   the presidential aspirant not only scored an F9 in mathematics in UCE and also failed General Paper (GP) in UACE but also isn’t the age he claimed he was.

Mabirizi said that such results make Bobi unfit to occupy the country’s top office as he lacks the integrity to rule a country.

As the country is getting involved in the argument of Bobi Wine’s academic documents singer Bebe Cool has also come out and mocked his former friend who turned into enemy about the F9s.

Last evening in the social media live video were Bebe Cool was talking about the death of his son Shortkut, the singer was heard mocking his long time enemy Bobi Wine saying that f9s are not for wise people.

“I won’t talk about F9s because he (Bobi Wine) also has his right and Uganda isn’t for wise people only,” Bebe Cool said.

The singer who says he did PCM at A Level also promised to reveal his academic documents anytime soon.

The Silent Majority boss further disclosed that his late son ShortKut died of Covid-19 and asked people to follow the minister of health guidelines.