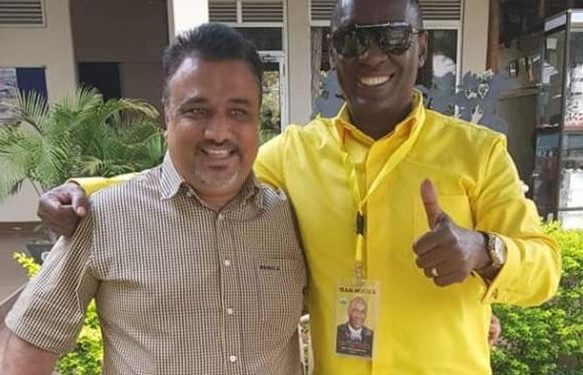 The most followed positions were Second national female Vice chairperson were the Speaker of Parliament Hon. Kadaga battled for the seat with Hon. Esther Namuganza, the Northern Uganda vice chairperson where Deputy Speaker Jacob Oulanyah went heads on with Sam Engola and Eastern Uganda where Captain Mike Mukula battled it off with Sanjay Tanna.

However, today while appearing on NTV, Sanjay who lost to Mukula has expressed his dissatisfaction in the manner in which the elections were held.

“There are many polling stations where the results were tampered with and the mode of voting was changed unconstitutionally and that worked against us because the rural voters who can’t read and write were disenfranchised,” said Sanjay

“What was unique about my results? What was happening throughout the night,” asked Sanjay

According to Sanjay, his competitor used his race to de-campaign him and yet the matter wasn’t addressed to its logical conclusion even when he petitioned about it.

He asked cautioned his party saying that If what happened in the CEC elections, Eastern Uganda isn’t addressed to the core, trouble is looming.