I was the DP structure in Mukono, now that I left it’s no more- Nambooze 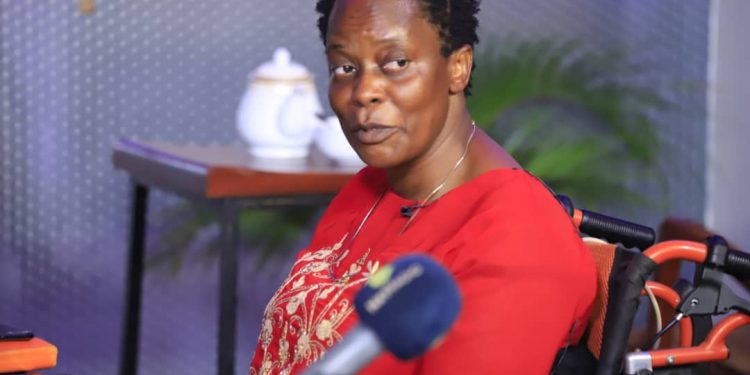 Having served Mukono Municipality as Member of Parliament for the past ten years subscribing to the Democratic Party ticket, Hon. Betty Nambooze’s exit from one of the country’s oldest party has left many wondering if her move is a political blunder or a strategic one.

However, the legislature who recently joined Bobi Kyagulany’s National Unity Party has said that it was her people’s decision for her to quit DP and cross to NUP.

“In Mukono it’s not Betty Nambooze who crossed over to NUP. I couldn’t do that I am a people’s leader, I am their property I didn’t go alone, I went with the entire structure of the party,” said Nambooze

Nambooze also revealed that the DP membership in Mukono it had been treated very badly and had unsolved issues with the internal administration of our party.

The legislature also revealed that her people were bitter with her for taking long to quit the Democratic Party.

She has been the Mukono MP since May 2010 when she defeated the then incumbent MP, Peter Bakaluba Mukasa of the ruling National Resistance Party(NRM).

Nambooze’s exit from DP didn’t come as a surprise to many as she has always had conflicts with the party President Nobert Mao.