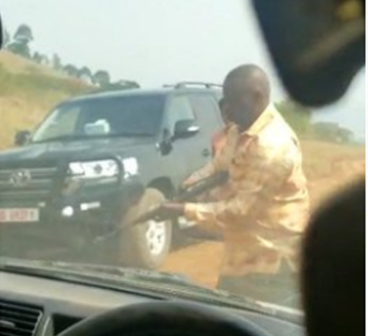 Police in Ntungamo has this afternoon arrested and detained State Minister for Labour and Industrial Development Mwesigwa Rukutana together with his three escorts following a shooting incident in Ruhama, Ntungamo district in which one person was seriously injured and a motor vehicle damaged.

The victim was rushed to hospital in critical condition while the suspects are in detention on charges of inciting violence, attempted murder by shooting and malicious damage.

The former deputy Attorney General yesterday turned violate following his defeat to Naome Kabasharira in the NRM primaries.  He grabbed a gun from one of his bodyguards and shot two people who were rushed to hospital in critical condition.