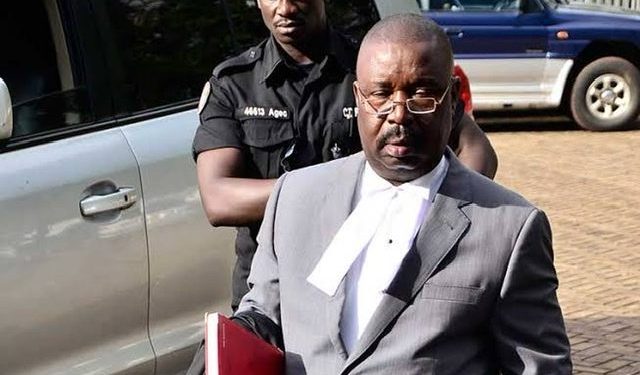 President Yoweri Museveni who also doubles as the ruling NRM party chairperson has vowed to act on individuals who are using their status in government and NRM to commit crimes.

Museveni said NRM will not cover any criminal acts of its members as he cited the recent incident that involved State Minister for Labour, Mwesigwa Rukutana.

“With the Confident Hon.Rukutana and others, the scepticism of some responders like Kagaba, pmneyponsi, Joel, Arthur Lukyamuzi and others that suspect that the NRM will cover them up, it is because these young People do not know the history of the NRM/NRA and how it brought peace,” Museveni said.

According Museveni, individuals being tried with cases like assault, murder, rape and defilement among others should not be given police bond or even court bail.

“In the case of the Rukutanas, the Police did not give Police bond because, according to the Police, the evidence is clear and they should go for trial. I hope the Director of Public Prosecution (DPP) will also oppose bail. The image of impunity is not acceptable,” Museveni said.

Earlier today, the Chief Magistrate of Ntungamo Sarah Kolya denied Rukutana bail without giving any reason. She remanded him back to prison till September 15 2020.

In his bail application, the minister through his lawyers led by Owen Murangira claimed that it’s his constitutional right to be given a bail as he urgently needs medical attention. The lawyers presented former Minister, Jim Muhwezi, businessman Bob Kabonero and legslator Michael Mawanda as his sureties.

However, in response to the bail application, the state prosecutors including Robert Arinaitwe and Eunice Mbine objected to Rukutana’s bail application saying the Rushenyi county legislator is charged with grave offences that carry a severe punishment of life imprisonment once a person is convicted.

The prosecutors told court that if released on bail, the minister would interfere with ongoing investigations into the matter.

Rukutana was arrested on Saturday together with his four bodyguards following a violate exchange between the minister and supporters of his rival Naome Kabasharira who had defeated him in the NRM primaries.

On Monday, the Ntungamo Grade One magistrate Nasifah Namayanja remanded Rukutana to Kakika Prison in Mbarara on charges of attempted murder, malicious damage and theft of a gun.