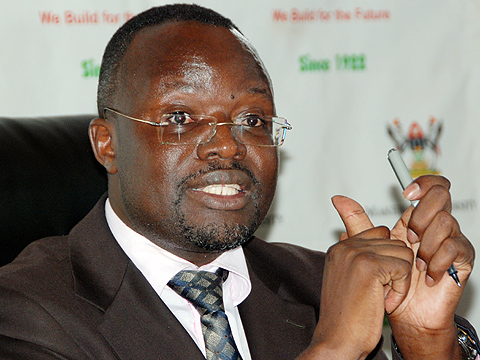 Uganda’s mass party the National Resistance Movement (NRM) is trying to heal from the violence, threats, bribery and rigging that occurred in their party primaries last week.

Prof. Venansius Baryamureeba who lost race to carry NRM flag for Ibanda Municipality has conceded defeat despite citing irregularities. He says he lost gracefully and he’s ready to deliver his manifesto to the winner.

Tarsis Rwaburindore won the race after gathering 13,276 votes (33.93%). Baryamureeba came third with 1,332 votes (3.4%). The former Presidential candidate attributes his loss to failure to buy off voters.

“I can’t buy voters, yet I am a professional who can get an international job and get more money than in Parliament. My reputation matters.

I refused to buy voters. With Shs20 million, you can win because people want just Shs1,000. People say they want their money because if you go to Parliament, you don’t go back. I couldn’t do that,” he says.

Despite refusing to buy voters, Baryamureeba says he spent millions of money to be able to put up a good show in the race.

He claims such high expenditures make winners to focus on recovering their money than lobbing good service delivery for their people.

In his manifesto, Baryamureeba had pledged to “donate 100% of his salary and benefits for the five years (including car money for MPs) to the Ibanda Municipality to educate teachers and nurses and support organised groups.