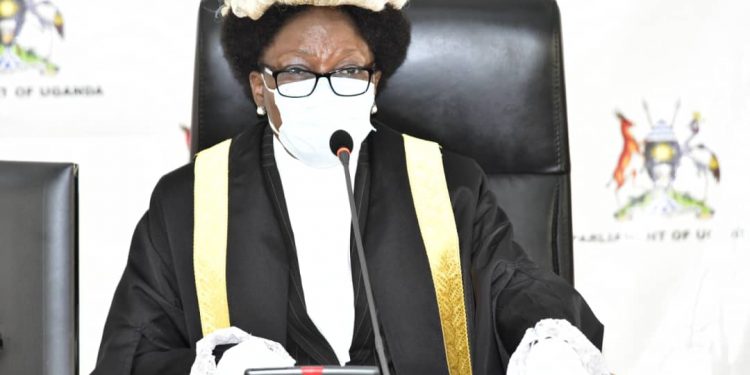 While chairing today’s plenary, Speaker of Parliament, Rt Hon Rebecca Kadaga has informed legislators about the incident that occurred yesterday at Parliament of a man who was intercepted at Parliament’s gate trying to deliver a suspicious package.

Kadaga said police is handling the matter and the nation should be updated about the findings.

“We expect the police to handle this investigation and let us know the motive,” Kadaga said.

Nuwashaba Joseph aged 22yrs, Resident of Kizinda Bushenyi – Ishaka municipality in Bushenyi district was arrested within the Parliament premises with a suspicious package that he claimed was a gift for Speaker Kadaga.

Police officers manning the premises intercepted him and searched the package only to find a human head of a seaming young kid of about 5 to 8 years.

Nuwashaba was arrested and taken to CID headquarters in Kibuli for interrogation.

StarTimes comes up with another initiative ‘Go Live Duuka’