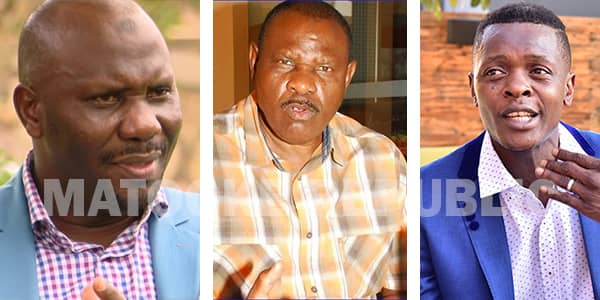 After ruling out a possibility of holding party primaries due to limited resources in this Coronavirus crisis, the National Unity Platform (NUP) last week on Wednesday September 9 kicked off the vetting process of its aspirants ahead of the 2021 general elections.

The NUP Elections Management Committee that sits at their party headquarters in Kamwokya is today vetting aspirants for the Kampala Lord Mayor Seat.

By Press time, amongst the three candidates who picked nomination forms for the Lord Mayor Seat, only Kawempe North Member of Parliament Latif Sebaggala had arrived at the offices for vetting.

A week ago, Chameleone launched his office on Balintuma road, Mengo in Kampala district and also went ahead to announce his campaigning team. News made rounds that the singer’s move was after he was notified that NUP was not going to offer him a ticket for the Lord Mayor race as they had selected Latif Ssebagala. However, NUP has remained silent about the matter.

For Nasser Sebaggala, he is currently undergoing treatment at IHK after he reportedly fell in his bathroom last week.

The above candidates are vying to uproot incumbent Erias Lukwago who a month ago crossed to Forum for Democratic Change party and vowed to defend his Seat.