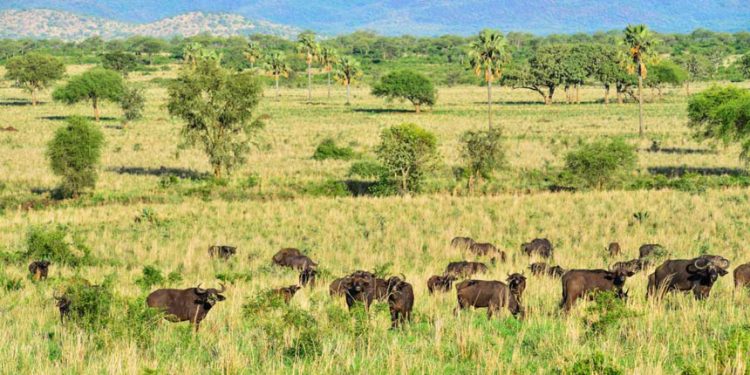 Since the coronavirus crisis began, tourism sector has been one of the most hit sectors not only in Uganda but globally. Given that scientists have confirmed that COVID-19 is here to stay until a vaccine is discovered, sectors have been reopened under strict safety measures.

Uganda Tourism Board (UTB), the promotion arm of the Ministry of Tourism and Uganda Wildlife Authority (UWA) are partnering with a crew of six travel videographers and photographers (Julius Mugambwa, Jonathan Benaiah, Edgar Batte, Abiaz Rwamwiri, Denis Katulume and Geoffry Kibisi) who will traverse the country over the next couple of day’s, capturing and showcasing Uganda’s key attractions to encourage international travels to start planning their holidays soon, as the country’s airport is set to reopen soon.

The virtual experience of Uganda will be enjoyed in two episodes that is exploring the tourist attractions in Western and South western Uganda first before heading to Eastern Uganda.

Abiaz Rwamwiri, the founder and director Africa Wild Explorations admitted that the sector has been hit by the pandemic but there is always light at the end of the tunnel. He disclosed that the crisis has presented them with the opportunity to focus on promoting domestic tourism.

Rwamwiri the campaign’s team leader added that through the campaign, Uganda would be able to send out a message that all of Uganda’s national parks are open; all the savanna, mountain and primate parks can’t wait to have visitors back.

“The virtual Safaris experience will create awareness and also educate Ugandans on the various tourist spots around the country,” said Abiaz Rwamwiri, the director at Africa Wild Explorations.

Speaking at the flag off yesterday at the Uganda Museum, Uganda Wildlife Authority’s Marketing Manager Mr. Paul Ninsiima mentioned that UWA was excited about this campaign.

“The world has been in need of a breath of fresh air and we are gladly opening up our parks to the team to create content and share with the rest of the world real-time,” UWA’S Marketing Manager Paul Ninsiima said.

Ninsiima revealed that the sector was bringing in revenue worth Shs10 billion per month before lockdown but the last months have been terrible and the average revenue has been Shs1 billion.

He believes that there is no better time to restart tourism than this period when we are heading into the festive season. He says the virtual safaris will cover eight national parks that have been surveyed and declared safe to host travel enthusiasts.

These include; Kibaale, Bwindi Impenetrable, Queen Elizabeth, Kidepo, Muchusion Falla and Mgahinga among others. Other tourism sites that will be explored include; Lake Bunyonyi and Lake Mburo.

“As UWA, we want Ugandans to understand why Uganda is ‘The Pearl of Africa’. Many of our people love going abroad for holidays yet Uganda has a lot of great tourist experiences,” said Paul Ninsiima UWA Marketing Manager.