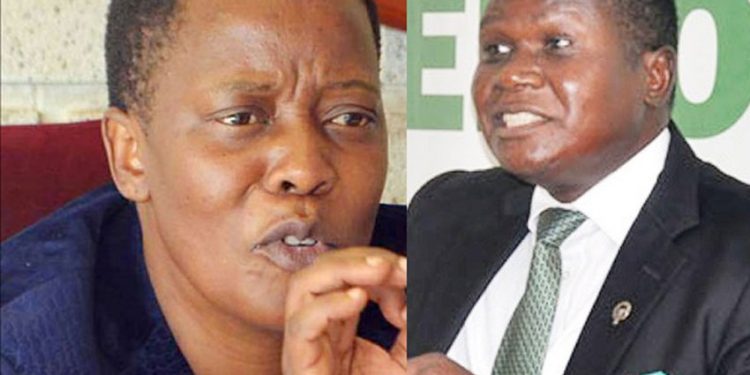 As the nation still comprehends the word useful idiot, teacher Nambooze who recently quit the Democratic Party for National Unity Platform has said that her former party President Nobert Mao wanted to sale them to Museveni.

While responding to Balaam who called her a political piglet for changing parties, Nambooze said that she had to flee DP and join NUP whose ideology is to liberate the country.

“Mao had turned us into birds, a bird can have a house in a plot of land but someone can sale the land without asking the bird. Mao wanted to sale us. We broke the wall and took off, the man was selling us,” said Nambooze.

Nambooze emphasized how Mao offered DP to Museveni without consulting from the party member.

“If we can get our life membership cards and pocket them and say Dp has become a liability in this struggle for freedom. Even when we loved DP so much, “said Nambooze

She also said that when the time comes and they liberate Uganda, DP will be among the things they will be liberating.