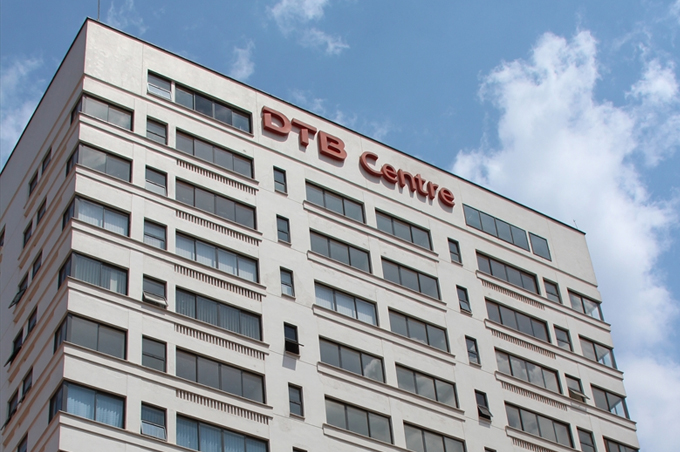 “We are all aware that there is an ongoing case in the Courts of Law, but the existence of such a big case in Courts of law is an ongoing public concern that the regulator should be concerned about.”

Over the years it’s been a well-known fact that a sound and workable financial system is a direct result of the activities of financial institutions supervised and regulated by the Central Bank. Bank of Uganda (BoU) is the Central Bank of the Republic of Uganda which was opened on August 15, 1966. It is 100% owned by the Government of Uganda but it is not a government Department hence giving it the capacity to make independent sound decisions. The Central Bank has 9 branches across the country to ensure efficient service delivery and monitoring of the financial institutions. All the 9 branches are headed by Branch Managers in Kampala, Jinja, Mbale, Gulu, Mbarara, Kabale, Fort Portal, Arua and Masaka City.

We also understand that the Bank of Uganda conducts all its activities in close association with the Ministry of Finance, Planning and Economic Development (MoFPED), taking on the responsibility of formulation and implementation of the monetary policy as well as regulating & supervising financial institutions. Looking at BoU’s mandate would make you think that the banking sector is in great shape but this is the case because many local and international licensed banks have been closed due to issues that were either ignored or engineered by Bank of Uganda.

There are seven known commercial banks that have been closed by Bank of Uganda and these include;

Teffe Trust Bank – This was the first commercial bank to be closed by Bank of Uganda in 1993 basing on an argument that the financial institution was closed due to insolvency. BoU stated that the collapse of Teffe Bank was as a result of excessive insider lending and accumulation of bad debt to the point that it could not effectively operate.

International Credit Bank – This Bank which was owned by the Emma Kato family got closed in 1998 citing similar reasons that led to the closure of Teffe Bank.

Greenland Bank – Formerly owned by the late Sulaiman Kigundu, the bank was closed in 1999 with BoU citing reports that there was a lot of insider borrowing and that the bank did not have enough money to continue operating.

Cooperative Bank Limited – The actual reasons for closing this financial institution in 1999 have remained a mystery to Ugandans since the major issue that was cited by BoU then was the fact that they learned that there were two Cooperative banks operating at the same time.

National Bank of Commerce (NBC) – Formerly owned by tycoon Amos Nzeyi and former Prime Minister, Amama Mbabazi, the bank was closed in 2012. While closing the NBC Bank, BOU noted that action was taken because “NBC’s activities were detrimental to the interests of its depositors”. So detrimental that BoU opted to suspend NBC’s board. After closing NBC in 2012, BOU reassured the public that “it will continue to protect the depositors’ interests and maintain the stability of the financial sector.”

Global Trust Bank – This commercial bank started operations in 2008 providing small financial services to Ugandans but was closed by Bank of Uganda in 2014. While closing the bank, BoU put forward two reasons for the immediate closure of GTB; one was lack of profitability and the second was lack of accuracy of the information provided to the government.

Given the above information as regards various banks that have been closed by Bank of Uganda and citing the reasons for their closure, it is not surprising that the central bank needs to take keen interest in the ongoing 120Bn fraud case between Ham Enterprises (U) Ltd and Diamond Trust Bank Uganda/Diamond Trust Bank Kenya. In their filing, Ham Enterprises states that DTB illegally debited Ham Enterprises’ Accounts to a tune of UGX 120Bn over a 10 year period without consent from their client. The same bank is said to have deducted money from the same accounts in irregular and illegal charges to the client which tantamounts to fraud and financial crime.

While closing down Global Trust Bank in 2014, Bank of Uganda cited lack of accuracy of the information provided to the government by the financial institution, a scenario directly similar to what Diamond Trust Bank Uganda is doing today.

We are all aware that there is an ongoing case in the Courts of Law, but the existence of such a big case in Courts of law is an ongoing public concern that the regulator should be concerned about.

Based on the recent actions of the Central Bank, we reasonably believe that Diamond Trust Bank could have been dealt with by now just like they have dealt with others before, for minor defects than to the extent of what we are all witnessing in DTB.

The biggest question is “Why is Bank of Uganda Silent when this is going on?”

Is BoU waiting for such a time when the Bank completely runs out of depositors’ money to keep operating?

Or is it waiting until the liability is passed onto the national budget or government coffers so that our money is used to settle for negligence acts of the would-be regulators, just like we saw with DFCU.

Amidst all the ongoing arguments, Diamond Trust Bank may be taking money out of the coffers and by the time Bank of Uganda comes on board, there will be empty coffers in DTB hence Ugandans will again be forced to suffer another liability.

Why doesn’t Bank of Uganda handle these cases and correctively deal with these banks before they are fully out of Capital just like it has swiftly done before?

The Author is an Economist and Financial Consultant. He can be reached at: hasabubwenjd@gmail.com