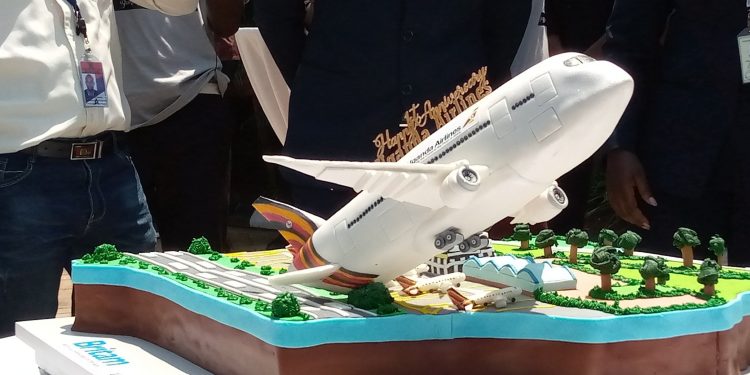 Going by a saying ‘If at first you don’t succeed, dust yourself up and try again,’ after receiving heavy bashing on social media for a wacky cake, Britam Uganda has redeemed its image and delivered a beautiful and yummy cake to celebrate Uganda Airlines’ first anniversary.

After its mishap on the first cake, the insurance company decided to launch a ‘Bake Off Challenge’ where over 100 bakers submitted in their designs.

“We are excited & thankful to Uganda Airlines for giving us a second opportunity to celebrate their 1st anniversary; we also thank the Ugandans who challenged us to do better. We’ve now decided to make #BritamBakeOff an annual challenge!”  Allan Mafabi, CEO of Britam said.

Cake Album were the winners of the challenge and it’s their cake that was served on celebration ‘replay.’

The other four top bakers also received a contract to bake a cake for four charities within Kampala and they will also hand over donations.