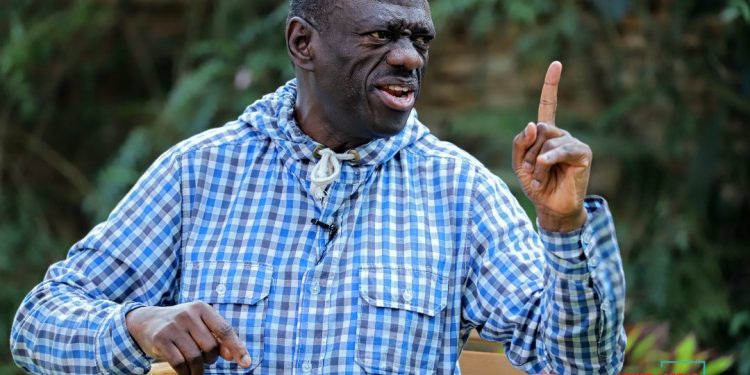 Having been remanded at the Moroto Central government Prison before, four time presidential aspirant Dr. Kizza Besigye has blamed the recent prison break that saw 219 inmates escaping to the prison being over crowded.

“I was imprisoned in Moroto Prison after the 2016 overthrown election. Overcrowding in this prison was far beyond what I’d witnessed in other prisons where I’ve been remanded over the years,” said Besigye

Besigye was arrested in 2016 for treason and airlifted to Moroto. While in Moroto he was presented before Moroto Chief Magistrate, Charles Yeteise and was remanded.

On Wednesday, the Commissioner General Uganda Prisons, Johnson Byabashaija notified the public about prison break out in Moroto.

There has been a break out from the prison after inmates overpowering staff and accessing armoury where there were about 15 riffles. They are on the loose now. Heavy exchange of fire ensued. They have run towards Mt. Moroto,” Said Byabashaija

According to a UPDF press statement seven escapees have so far been captured and three killed in a shootout. The forces are working hand in hand to capture the remaining prisoners.